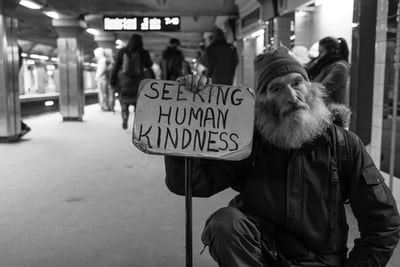 So I had already started to write this blog last week,
Then this weekend it seemed to me that all these things I was going to write about collided in a horrible mess of modern human tragedy.

The news that Caroline Flack had taken her own life hit me like a punch in the gut.
I am reluctant to comment too directly-  firstly because I would have to admit I am a closet Love Island fan- yes my name is Emily and I love pointless escapist reality TV-  and also because I don't want to appear to be jumping on the #bekind bandwagon. Don´t get me wrong, I believe passionately in kindness but I think things have gone too far for trite hashtags to redeem us.
Empathy and compassion have been declining as steadily in our society and happiness and trust.
We need to change, personally, within our own families and in wider and wider circles out into society.

In a world where a young ,vital woman chooses to take her own life rather than face the shame of a brutal judgemental society we need to act and fast.

A world where we judge a persons whole life and future by reading a 240 character tweet about them. A world where we condemn someone to public shame by reading a clickbait headline.
A world where the clothes you wear, what you look like or the relationships you have put you in a cast iron box of "that kind of girl".
A world where even a blatant lack of facts or truth doesn't deter us from casting our judgements.
If you are outspoken you are bossy, if you refuse to take shit you are manipulative and controlling and if you make a mistake God help you.
Your trial will begin on morning TV with Piers Morgan, Barry from Birmingham can add his two penneth from behind his computer screen, Katie Hopkins et al will throw in some bile for good measure and lo and behold the outcome is bad, it's the worst.
Gossip wounds and shame kills.

We need a massive societal shift back to empathy and compassion and quick. We also need to be able to own our stories, the good and the bad without shame becoming a fatal disease.
We are not perfect- we are all flawed , we all make mistakes and that is where connection and compassion step in and we all help each other out.

Me and Brené have had a thing going on for just over year now, well... in a very round about way. Just over a year ago I was trying to help my oldest daughter deal with some stuff.
Her confidence was low and her self belief was shaken.
I found this quote:


“It is not the critic who counts: not the man who points out how the strong man stumbles or where the doer of deeds could have done better. The credit belongs to the man who is actually in the arena, whose face is marred by dust and sweat and blood, who strives valiantly, who errs and comes up short again and again, because there is no effort without error or shortcoming, but who knows the great enthusiasms, the great devotions, who spends himself for a worthy cause; who, at the best, knows, in the end, the triumph of high achievement, and who, at the worst, if he fails, at least he fails while daring greatly, so that his place shall never be with those cold and timid souls who knew neither victory nor defeat.”
Theodore Roosevelt
Speech at the Sorbonne, Paris, April 23, 1910


Reaching out to help in the best way a modern mom can I of course posted it on Instagram, tagged her and added in an appropriate heart related emoji for good measure.

I didn't recognise it at the time it was a "God" moment as Brene later came to describe when she discovered it. I knew it was important but it wasn't new. It encapsulated a message I had always tried to teach my girls. That it is vital to show up in life , to be brave and to take failure on the chin, not to take shit from anyone and to stand up to critics and bullies. Their involvement in athletics from young age had helped instill all these things and enforced crucial life lessons.
Hard work, commitment, sacrifice, failure, resilience and courage.


It was probably 6 months later that I actually came across Brené herself on another favourite, Russell Brand´s podcast. Listening to this led me to her original Ted Talk- The Power of Vulnerability- with so many millions of views it has clearly touched a nerve in our modern world- and following up with her Netflix special. That was when I connected the dots with our other mutual pal Theodore.


Brené describes how she discovered the quote following a Downton Abbey binge watch. She had previously and despite best advice read the comments section on her talk. What she found were mean, personal and just plain nasty comments with no bearing on her academic work or her qualifications.
For Brené she describes the quote as life changing in teaching her firstly that she realised she wanted to be that person in the arena- to be brave, to fail and to show up again. More, she realised that those commentators, those critics who aren't capable of doing the same do not matter.


"If you are not in the arena also getting your butt kicked, I´m not interested in your feedback"- she says.


I wholeheartedly agree. Lastly and forming a climatic moment for her after years of study of shame and vulnerability she learnt that we have to be brave and show up in our own lives, we have to let go of the fear of being vulnerable, of losing, of being wrong, especially in the face of judgement by others.


"I think being vulnerable feels dangerous and I think it feels scary, and I think it is terrifying. But I don´t think its´s as dangerous, scary or terrifying as getting to the end of our lives and wondering, what if I would have shown up? That, to me, is what daring greatly is"


For Brené what this actually led to was what she called "a little breakdown" which was really a major breakdown or as her therapist called it "a spiritual awakening". I have talked previously about transition and about the winds of change in our little family stemming from my eldest reaching 18 last year. I also was actively searching out self knowledge, delving more into my inner thoughts. I was asking questions of myself that during 18 years of motherhood perhaps had been left in the background- What did I want? What was my purpose? A spiritual awakening then? - definately sounds better than breakdown or worse,  "Mid-life crisis"!


For me then a significant shift occurred also. New , "in the arena" me wasn't willing to sit back and keep ignoring the red flags for the sake of a quiet life. I discovered my boundaries, especially when dealing with people who are judgemental and lack compassion. I also encouraged my daughter to stand up to a situation that had been making her miserable for a long time which she did and I was very proud.


So that was what I wanted to talk about - vulnerability and shame but also about standing up being seen and daring greatly. I was also going to talk about more important issues - joy, gratitude and happiness which will have to wait for another time. The news of Caroline´s suicide  news took over my thoughts and brought the less attractive ones to the forefront- Vulnerability and shame.


Our society has got to the point where our willingness to hurt and judge others leads to the worst case conclusion. In 2020 Britain- a woman died because she could not live with the judgement and criticism heaped upon her by her fellow humans. Vulnerability and shame was such a seemingly impossible road that the only way to escape the fear of it was death itself.
This has to change. Be kind should go without saying. We need to reconnect, to share our stories , to be brave and vulnerable and to be there to support each other when we do. We must do something to stop this climate of judging others. Who are we to criticise and belittle? Who are we to put our ideas of what is right or wrong above how we make another person feel?


So for me #bekind is not just about gestures- a smile, giving up your seat, helping an old lady across the road.
It has to be bigger than that. It means getting in the arena. standing up for truth, leading empathy and compassion. It means being seen, standing up for what you believe and being brave even if you feel you are alone in the wilderness doing it. 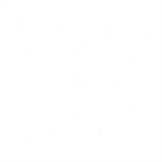